In the spring of 2007, two Allegheny County Health Department employees brought several buckets of wood frogs, Jefferson salamanders, and numerous amphibian egg masses to Fern Hollow Nature Center. These few amphibians had been retrieved from a Bell Acres sewage treatment tank while many others perished.

Upon investigation, April Claus, FHNC naturalist, learned that until a section of land near the treatment plant had been filled in, the site had natural or vernal pond that appeared each year with the spring rains. The pond served as a viable breeding area for local amphibians, in particular the Jefferson salamander, to mate and deposit eggs. Until such a vernal pond dries up in late summer, it serves as a safe nursery for amphibian young to develop, free of other predators which are found in permanent ponds.

April approached Little Sewickley Creek Watershed Association for funding and volunteers. That fall, a fence was placed around the sewage tanks as a barrier to the amphibians; a 500 gallon cattle tank or “safe pond” full of fresh water and pond-like materials was sunk into the ground for easy access for the salamanders’ spring, 2008 migration. In the spring of 2009, pit traps were placed around the tanks and new pond; they were checked twice daily to gather data on the salamanders and other amphibians using the site. In the fall of 2010 QV Creekers and LSCWA volunteers added a second pond. 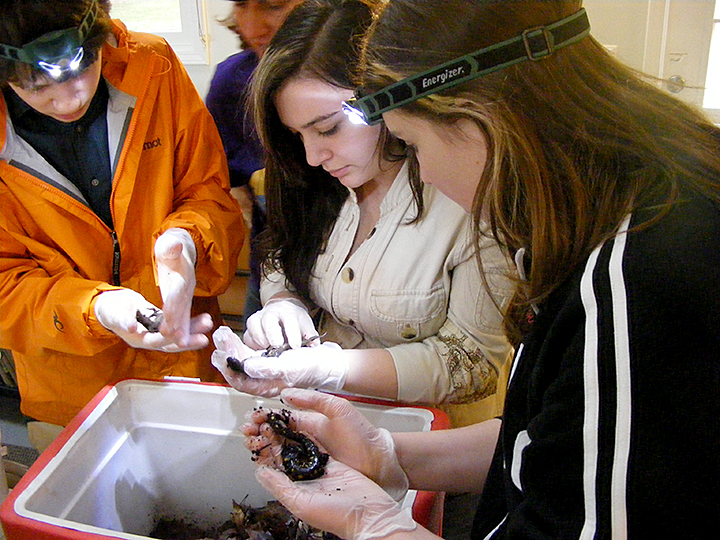 Salamander Measurements
Spring 2011 - QV Creekers Stefan Henschke, Rachel Kohlmeyer and Katy Garvey work together to gather measurements for sex, weight, and length measurements for Spotted and Jefferson salamanders caught in the pit traps the night before. 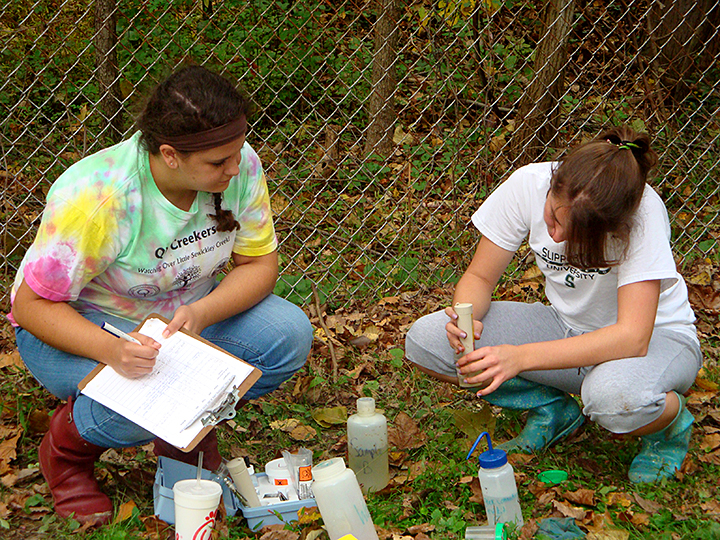 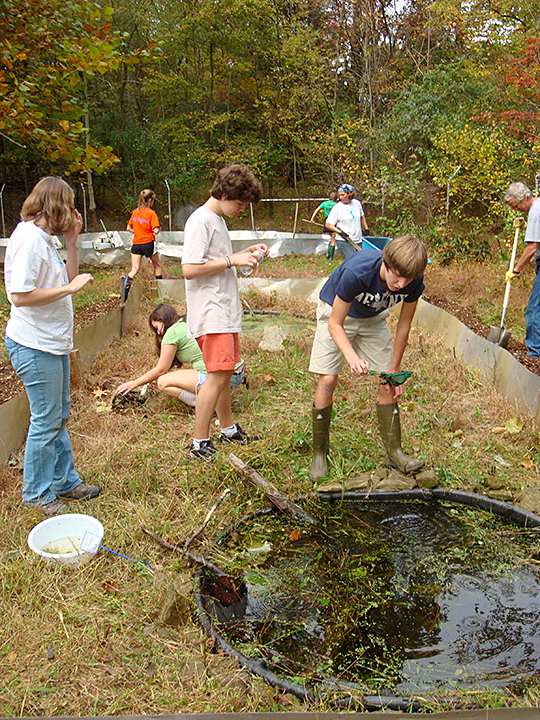 Work Day
Fall 2012 - QV Creekers Stefan Henschke and Logan Schmitt check the salamander breeding tanks for signs of macroinvertebrate life, while other QV Creekers and LSCWA volunteers reinforce the fence, install the gate and prepare the site for the 2013 spring migration 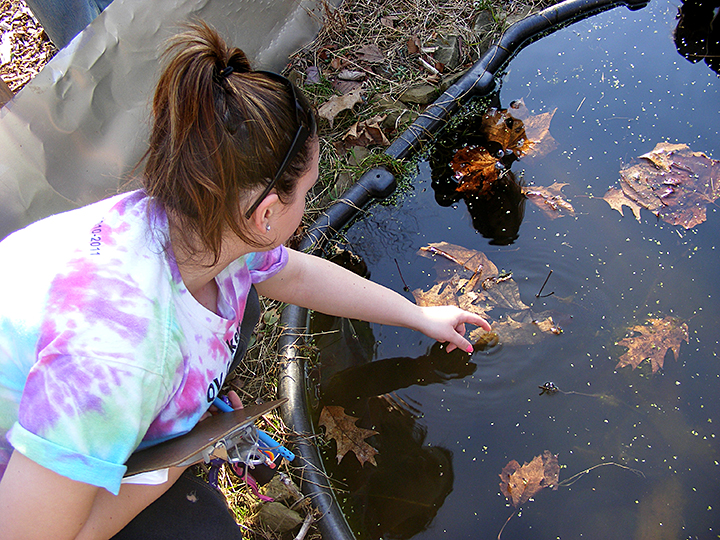 Checking Eggs
Spring 2012 - QV Creeker Rachel Kohlmeyer gently moves the leaf litter from the water surface to check on the freshly deposited Jefferson salamander and Wood frog egg masses in one of the "safe ponds" at the site. These converted cattle tanks serve as an outdoor laboratory for students of all ages to witness the hatching and development of the amphibian young throughout the spring and summer. 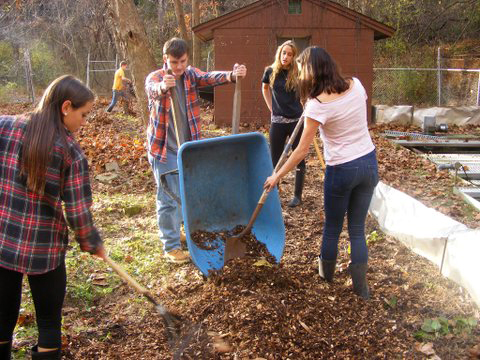 Spreading Mulch
Fall 2013 - QV Creekers Dylan Yaras, Izzy Malcolm, Allegra Menniti, and Madeline Hoey help to spread mulch on the trails linking the site entrance to the amphibian pit traps and ponds. One of two daily pit trap checks takes place at night during the spring breeding season as do evening community programs during the summer, so proper trail maintenance is important for safe navigation by visitors.

Since the amphibians first located the first pond, they have continued to return to the two ponds in increasing numbers. The young amphibians have emerged from the safe ponds to follow their parents back to their underground burrows in upland deciduous forests. LSCWA plans to develop a viable natural pond at the site. More information on this project can be found here.

Apart from achieving its goal of saving this population of Jefferson salamanders along with numerous wood frogs and spotted salamanders, this project has served as a community educational experience for families and school students at all levels.

A video of this project is available which was produced by the QV Creeker group.